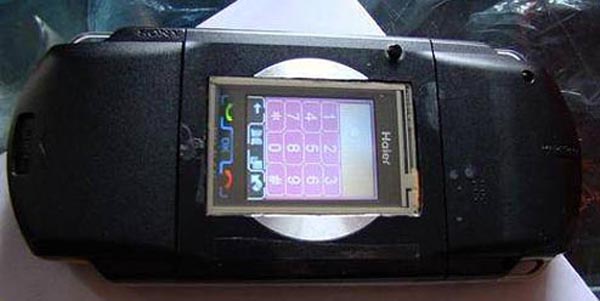 Too bad it’s also one of the ugliest ways to create a PSP phone too. Seriously, who would want to talk on this big honking thing? It effectively loses its gaming functionality too, doesn’t it?

While we are still waiting around for an official Sony PSP Phone, the hackers and modders on the web are more than happy to form a few creations of their own, like this one shown today. What the modder did was replace the UMD drive with a small Haier touchscreen phone. This forges the two units together, in a sense, but without the UMD drive, you can’t play any games.

This is probably not what anyone hand in mind, but Sony could take a similar direction for the real PSP phone… if that ever happens at all.