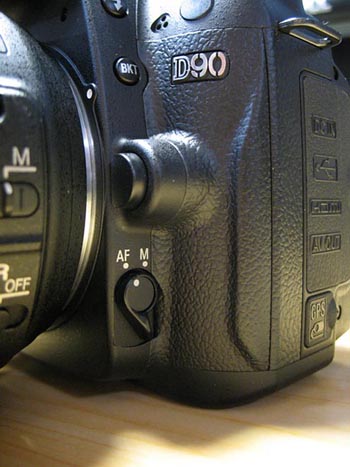 It was only a couple of days ago that I discussed the Nikon D90 digital SLR. As you recall, this is the DSLR that will come with Live View video recording, reportedly will full 1080 HD video support. These were all rumors at this point and no one had a real picture of the camera yet.

What we see here is the first live picture of the Nikon D90. At least we think it’s real, though given the nature of the Internet, there is also a distinct possibility that this is little more than a PhotoShop job. According to the poll going on at NikonRumors.com, 75% of readers (1097 votes) believe that the picture is real.

I don’t know. It looks pretty real to me… but we’ve all been fooled before.