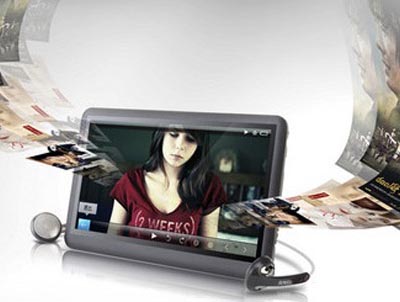 Despite what Apple may lead you to believe, there are other portable media players out there that just might be able to rival the iPod. It may not be a name that you immediately recognize nor is it a name that you’ll likely remember after reading this post, but the RAmos iMovie T8 sounds like it could be a suitable alternative to the iPod touch.

Featuring a large 4.3-inch WVGA (480×272) display, this handy media player comes loaded with 32 gigs of storage, meaning that you’ll have plenty of space for all your musical and video-watching needs. File support is also plentiful on the T8, including RMVB, AVI, FLV, WMV, MPG, MP4, DAT, and 3GP. There’s also a TV-out option if the 4.3-incher doesn’t cut the mustard.

It doesn’t have multi-touch, but the 10mm slim machine can show off movies with the best of them. Better still, the RAmos iMovie T8 rings in at just $219.