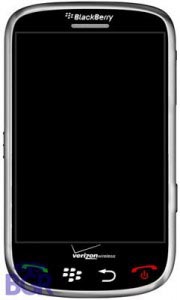 We already have reason to believe that Verizon will be one of the first carriers to pick up the BlackBerry Thunder, but what about folks north of the border? Seeing how Verizon does the CDMA thing, it would only make sense for Research in Motion to do the same for its Canadian brethren. And now we learn that Telus could be getting the thunderous exclusive.

Also known as the BlackBerry Storm, the BlackBerry Thunder is a full touchscreen phone in the same ilk as the Apple iPhone, Samsung Instinct, and HTC Touch Diamond. The kicker is that it is a BlackBerry, offering all sorts of enterprise support that other devices may not be able to provide. I wouldn’t be surprised if Rogers got the phone at some point, but it looks like Telus is going to get the scoop.

This is according to a recent article from the Globe & Mail, stating that “Telus is expected to launch (exclusively) a new touch screen BlackBerry this fall, which could steal some of the Bold’s Thunder, albeit temporarily.” On a side note, I asked a local Rogers rep about the Bold and he said that they expect to get it by the middle of this month.