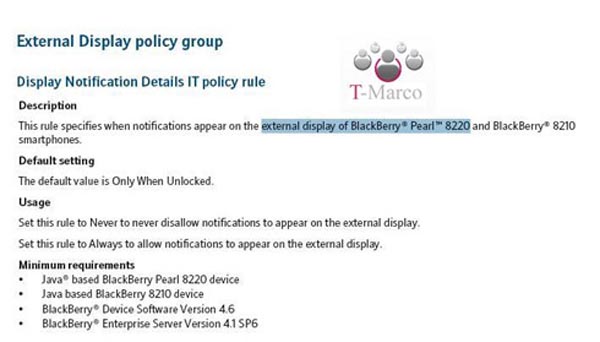 Instead of launching a new series with the BlackBerry family, Research in Motion has decided to give the BlackBerry KickStart 8220 a new name. The first ever flipping ‘Berry will henceforth be known as the BlackBerry Pearl 8220.

Part of this rebranding effort makes some sense, because the KickStart features the same SureType keyboard as the entire Pearl family. At the same time, the flip phone form factor makes the KickStart a distinctly different beast and I think RIM would have been better off keeping the KickStart and Pearl families slightly separated. Maybe it’s just me.

There will be too versions of the KickStart flipping Pearl at launch time. The BlackBerry Pearl 8220 will do the WiFi thing, whereas the Pearl 8210 will do the GPS dance.