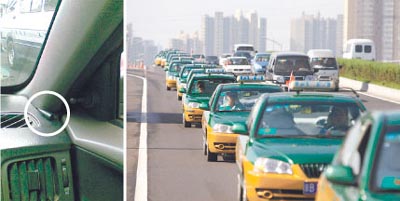 The Chinese government promised that international press would be able to cover the 2008 Olympic Games however they like, but that doesn’t mean that the higher-ups aren’t keeping a close eye on every outside visitor. They’re also keeping close tabs on their own people as well.

As it turns out, each and every taxi cab in Beijing comes with some rather heavy surveillance. Microphones have been installed in nearly all of Beijing’s 70,000 cabs, recording all of your conversations in case you are bringing up any issues related to human rights, Tibet, or the iPhone. (Alright, maybe not that last one). In addition to this, the cabs are also equipped with GPS, so they’ll know exactly where you are at any given time as well.

According to the U.S. State Department, “All visitors should be aware that they have no reasonable expectation of privacy in public or private locations.” Beyond the cabs, many hotel rooms, offices, and residences are also being closely monitored.