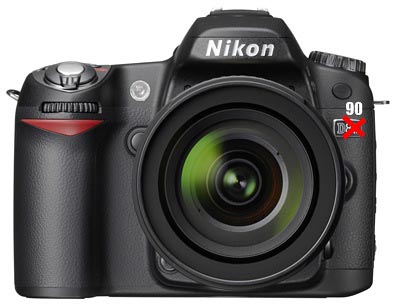 Most people who invest in a digital SLR are pretty serious about their photography. After all, when you spend that much money on a body and a series of lenses, you want to make sure that you’re getting good bang for your buck. The shortcoming of all DSLRs, however, is that they are for still pictures only, not being able to take any videos whatsoever. The upcoming Nikon D90 aims to change that.

This is still a rumor at this point, but there are reports that the Nikon D90 — which is set to replace the sub-$1000 D80 DSLR — will grant you the ability to record video from its Live View mode. To my knowledge, this is a first for the digital SLR market, but it’s a terribly confusing move. The video will likely be of the same quality as from a point-and-shoot camera, but people who buy DSLRs are settling for nothing short of the best when it comes to quality, aren’t they? Wouldn’t they want a dedicated video device instead?

Video recording on a lesser DSLR might make sense, but when you start getting into the pricier end of the market, it may not have as much appeal.