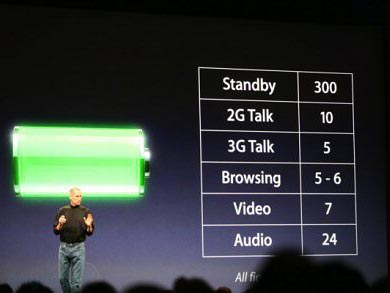 I’ll admit that the Apple iPhone 3G is a rather impressive piece of hardware, introducing countless individuals to the world of smartphones who may not otherwise be interested in the smartphone. As you know, the iPhone is so much more than just a mobile phone, but as a result of this improved performance, battery life can suffer considerably. What can Apple do to rectify this situation?

It’s almost like human nature. You know everyone seems to want the world, but no one wants to pay for it? People want an improved public transportation system, but as soon as the government makes mention of increasing taxes to do that, all kinds of heck are raised. Most people want to have better quality food on the table, but by the same accord, they’re a little hesitant when they see the prices at the produce stand go up by a couple of bucks.

The nature of the iPhone 3G is much the same. All of the things that make the iPhone 3G appealing in the first place are also the things that are hurting its battery life. For example, everyone likes a vibrant, high-resolution display. That takes battey. People like a slimmer handset, so the battery is smaller as a result. People enjoy a powerful processor for seamless operation, but once again, that’s a power hog. You can’t have your cake and eat it too. Using all these doo-dahs is going to make the battery life suck.

Even that higher-speed 3G data connection that you have been enjoying is working against you. Doing the HSDPA thing takes a fair bit more power than the EDGE dance and that’s partly why the iPhone can only do 1.4Mbps, rather than the true 7.2Mbps limit of HSDPA technology. By transferring the data faster, you also eat through the battery faster.

So, what can you do as the discerning consumer of portable electronic goodness? Realistically, the only way that you’ll be able to get better battery life on the iPhone 3G is to exercise some restraint. I know, it’s hard.

What this means is that you should turn off the 3G radio when you don’t need it. Updating your status in Twitter or doing a quick email check does not require HSDPA-level speeds. Regular old EDGE will suit you just fine. By the same accord, unless you know that you are in the middle of a Wi-Fi hotspot and you are actively using that connection, you’ll want to turn off the Wi-Fi on there too. The same goes for Bluetooth. 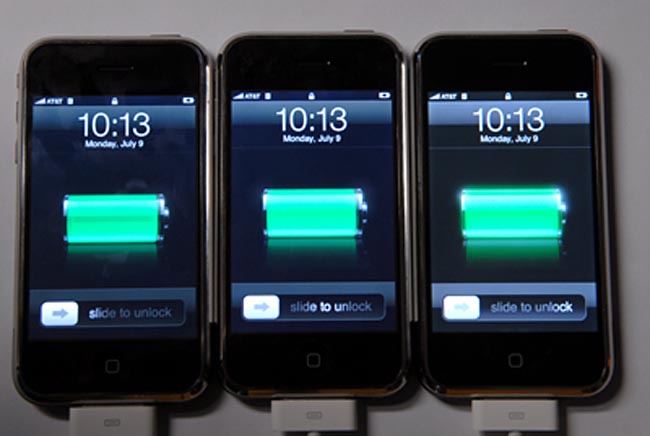 Going through the laundry list of features on the iPhone 3G, there are tons of things that you can do without. Feel free to turn them on when you need them, but for the rest of the time, shut off location services and auto-brightness. Making minimal use of GPS will help with the battery thing too.

Until Apple comes out with some sort of solution of its own (and I doubt that’s going to really happen in any case), you can turn to third parties for some extra power solutions. Because the battery on the iPhone 3G isn’t exactly a quick swap-out like so many other mobile phones, grabbing a regular extra battery isn’t going to do you much good.

There are a lot of third-party accessories already available for the iPhone 3G. You’ve got a slide-on extra battery in the form of the Mophie Juice Pack, for example, as well as Brando’s pack and a holster charger. For something a little more green, you can even opt for a solar panel case.

The alternative is to get something other than the iPhone. Stick to a clunky dumbphone with no camera or media player and you’ll get loads of battery life.