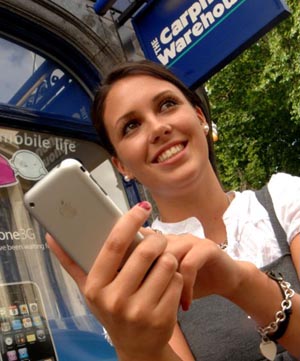 Yes, we’ve heard this before. On several occasions, actually, so it’s not really all that surprising when we hear yet another rumor about the pending release of some kind of iPhone nano. Instead of the rumor starting from some random blogger, however, the source of the report is the trusted Daily Mail news outlet of the United Kingdom.

According to the Daily Mail, they were able to get some information about the iPhone nano, saying that the smaller version of the existing iPhone and iPhone 3G will be ready for the retail masses “in time for Christmas.” Exact specifications were not given, of course, but we’d assume that the iPhone nano will be a slimmed down version of the full iPhone. This will help Apple reach the lower end of the market.