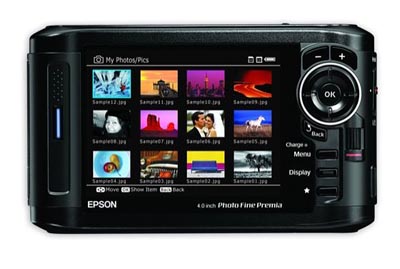 Epson is probably the name that you associate with dot matrix printers, but the company is aggressively trying to expand beyond that niche. Just as Kodak started to do things other than film cameras, Epson is broadening its horizons too.

We’ve seen some Photo Banks from Epson before, but the new Epson P-6000 and P-7000 multimedia photo viewers have stepped it up a notch or three. Yes, it’s basically a glorified card reader with a hard drive and a display, but these photo viewers can come in incredibly handy when you are out on extended excursions. When your memory cards run out of space, you’ve got somewhere to back up the pics.