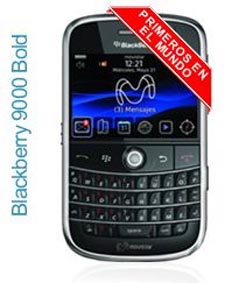 The entire world is getting pretty stoked about the pending launch of the BlackBerry Bold 9000, because it’s going to be the most attractive ‘Berry to date. The expectation was that places like Canada and the United States would be the first to get their hands on the juicy new handheld, but you’ll have to go a little further south for the virgin debut.

As it turns out, the new flagship device from Research in Motion is going to launch first in Chile, rather than through Rogers in Canada or AT&T in the States. The lucky Chilean buggers will be able to get their hands on the BlackBerry Bold through Movistar before anyone else. The price — 299,990 Chilean pesos — works out to about $588. That’s no small figure.

The BlackBerry Bold is available now in Chile. Rogers should be launching shortly and then AT&T is said to be following in September.