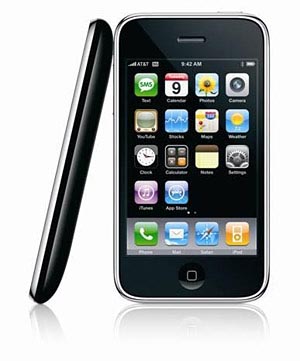 If you are currently subscribed to T-Mobile and have been anxiously awaiting the day when the iPhone will be sold through your favorite pink mobile operator, you’ll have to wait a little longer. The exclusivity agreement between Apple and AT&T has officially been extended through to 2010, securing AT&T’s stranglehold on the Apple cell phone market in the United States.

In order to keep the Steve Jobs camp happy with a sub-$200 price point, AT&T is reportedly paying Apple about $300 for each iPhone 3G sold to the public. The cellular provider recoups this cost by way of the mandatory two-year contract, reaping the benefits of an unlimited data plan for 24 months. The $300 is probably in the form of a revenue share, rather than in the form of an up-front flat payment.

Based on how this is going, I wouldn’t be surprised if the next iteration of the iPhone remains an AT&T exclusive as well.