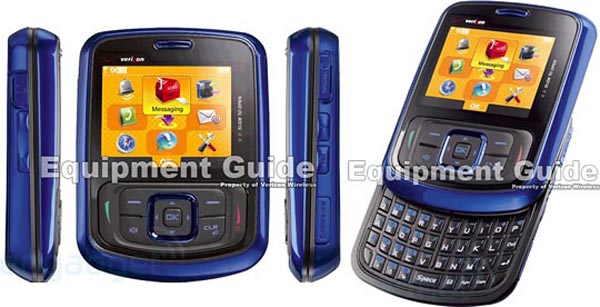 Given how many text messages and mobile email messages people are sending these days, it only makes sense that even the average Joe would want a cell phone with QWERTY. At the same time, not everyone can be bothered with the full smartphone experience, nor do they necessarily want to spend hundreds of dollars on a phone with more features than they’ll ever use.

And that’s the niche that the Verizon Blitz is supposed to fit. On the surface, it looks like any other consumer-level mobile, except for the fact that its dimensions are similar to those of the third-generation iPod nano. It’s pretty wide for its given height. This makes the Blitz remarkably pocketable, but the slider is hiding something very special: a full QWERTY keyboard.

Aside from its SMS-ing tendencies, the Verizon Blitz also gets VCAST, microSD expansion, stereo Bluetooth, VZ Navigator, and a 1.3 megapixel camera. If you think the Blitz looks familiar, that’s because it’s essentially a rebranded UTStarcom TXT8010. Find it at Wal-Mart starting August 8th. No word on pricing.