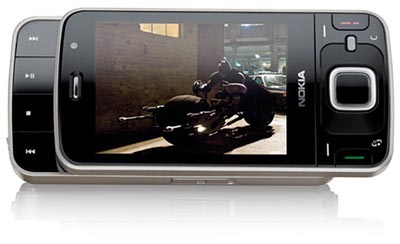 By now, we’ve been exposed to the Nokia N96 super smartphone from just about every angle. We’ve taken a look at the spec sheet, gawked at the piano black finish, and started saving up those pennies in anticipation. What we haven’t received is any sort of official word surrounding a launch date.

I’ll still digest this rumor with a huge grain of salt, but the rumblings are pointing toward an October 1 launch for the Nokia N96. This rumor is for the UK release only, but if the reports hold up to be true, it wouldn’t be long after that you would be able to find factory unlocked versions popping up in online stores and through eBay. After all, it would likely be sold through the Nokia flagship stores.

In case you need a bit of a reminder, the Nokia N96 is a dual-slider like the N95 and it comes equipped with 16GB of internal flash memory, microSDHC expansion, built-in kickstand for video viewing, and a 5 megapixel Zeiss camera with dual LED flash. The expected launch price is in the $1,200 neighborhood, so you might want to save up more than a few pennies and pop cans for this.