Are you a proud owner of an iPhone 3G that happens to have white casing on the back? That touchtastic mobile could be prone to some serious damage in the form of random cracks.

It’s still very unclear how common this problem is, but several reports have begun to find their way onto the Internet (if it’s online, it has to be true) suggesting that the white iPhone gets cracked very easily. Some are saying that the white version either uses inferior material or it was constructed in an inferior manner compared to its black compatriot. It’s also possible that black iPhones just hide the cracks better.

Yes, I realize that minor hairline scratches and cracks are just cosmetic, but when you buy a device as aesthetically pleasing as the iPhone, appearances mean a lot. It’s like buying a Ferrari and having a scuff on the bumper. 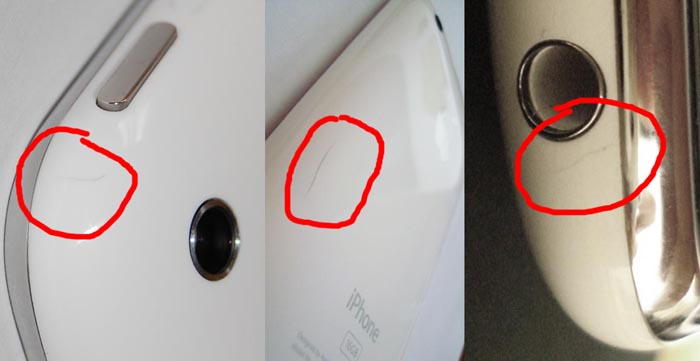