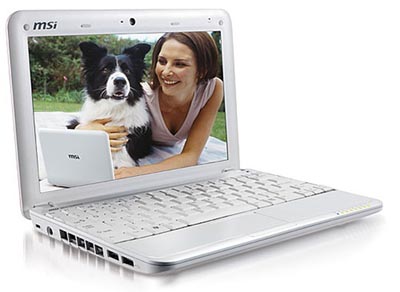 The MSI Wind, on paper, looked like it could be one of the best competitors for the Asus Eee PC. We got pretty excited about this fight between a couple of Taiwanese heavyweights, but the one area where MSI was competing the best was on price. Such is not really the case anymore.

When the MSI Wind was first revealed, it was priced at a fairly reasonable $479. Somewhere along the line, they decided to downgrade to a three-cell battery, keeping the price the same. Then they installed Windows XP and priced the subnotebook at $499. Now that they’re ready to do six-cell batteries and XP, MSI is selling the Wind for $549.

The configuration for this newest price is identical to what we were originally promised at the original (lower) price. What the heck happened? Further still, some retailers are selling the six-cell Wind for $599! Online retailers were even forced to cancel pending orders at the lower price point, forcing customers to consider the new price. $599 for a Wind? You might as well get an Eee.