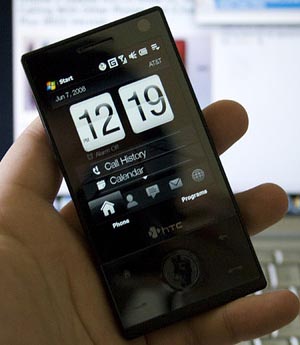 And news for North Americans just got a whole lot better. You may have heard about HTC releasing an official ROM update that would unlock the 850MHz GSM band in the HTC Touch Diamond. Well, now you’ve got some 3G love as well.

That ROM update only handled the GSM side of things, so you would have been left fumbling your way through the mobile web at EDGE speeds. That just wouldn’t do this phone justice! Filtering its way over at the FCC offices is a 3G-equipped HTC Touch Diamond and it happens to have 3G that is US-friendly. This means that the HSPA will have no trouble taking advantage of the higher-speed networks of AT&T and Rogers Wireless.

Yay! Now we just have to wait for some sort of official launch party and we’re all set for some high-speed Diamond action. Alternatively, you can do the CDMA thing with the Telus take on the Diamond.