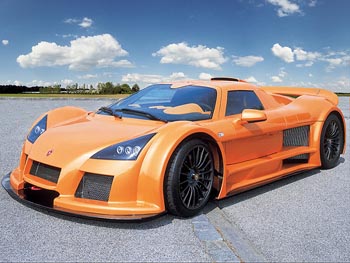 You’ll certainly catch a few eyes when you cruise down your block behind the wheel of a Lamborghini or a Ferrari, but it’s a different kind of glance altogether when most people can’t even identify the car. Most folks can spot a Porsche, but how many are familiar with a supercar like the one featured in the Top Gear video below?

What you see is the Gumpert Apollo, as test driven by the fantastic Richard Hammond. This is easily one of the fastest cars in the world, having no trouble rivaling the likes of something like the Bugatti Veyron. Teh Gumpert Apollo comes powered by a massive eight-cylinder engine that gets even more boost from a bi-turbo. The net result is about 800 horsepower and a 0-60mph time of just three seconds.

The best part is that the Gumpert Apollo weighs a paltry 1200 kilos. That’s pretty darn light, especially with eight hundred horses at your beck and call.