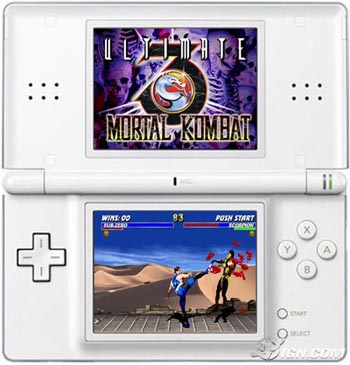 Even though I spend much more time playing on my Nintendo Wii and Sony PS3 these days, the trust Nintendo DS Lite still gets its fair share of play. Whether it be a quick session with Tetris DS or some crazy local multiplayer in the form of Mario Kart DS, I can still find a fair bit of enjoyment from this terrific portable gaming machine. It’s got action titles, first person shooters, and an abundance of puzzle games. Unfortunately, the Nintendo DS is severely lacking in one very important genre: fighting games.

This omission is terribly unfortunate, seeing how the DS Lite effectively has the same controller as the Super Nintendo Entertainment System, a classic home console that was home to an abundance of fighting games. The SNES was around during the golden age of fighting games, when everyone was trying their hardest to usurp Street Fighter II. We were treated to great games like Killer Instinct and Mortal Kombat, as well as some lesser-known titles like TMNT: Tournament Fighters and ClayFighter.

So, let me ask you: where are my DS fighting games?

I haven’t had the chance to try out this game for myself, but it’s supposed to be a pretty accurate port of the original UMK3. You still get access to the wide range of mortal kombatants, including Cyrax, Kurtis Stryker, and Sheeva. The full fatalities are supposed to be there as well, so you can feel free to light your opponents on fire and tear off their heads. The graphics look pretty good and, aside for the lack of facial detail, it’s pretty much like the original Ultimate Mortal Kombat 3, but on a smaller screen.

Why, then, am I complaining? Others may disagree with me, but I would have much preferred a port of Mortal Kombat II. I did not like it when Midway introduced the “run” feature in MK3. I’m not really sure why; I just didn’t like it. I enjoyed the 3D renditions of Mortal Kombat even less. What I want from Midway is just a solid port of MK2. Get over here!

Where is Street Fighter II? 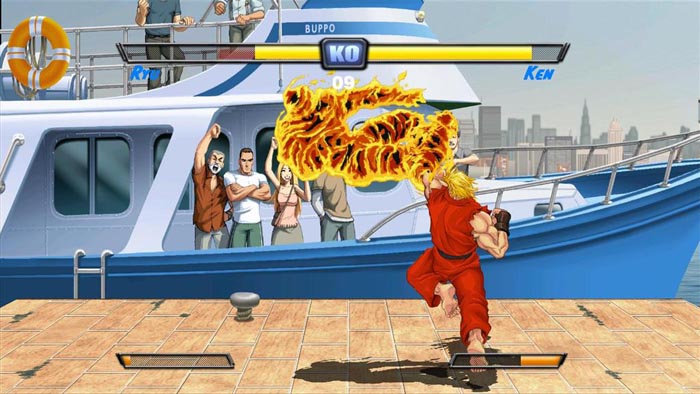 That’s all I want. And I’m not going to satisfy for a buggy emulated version. Choppy sound and unresponsive controls just don’t cut the mustard.

Other Franchises and Emulation

Mortal Kombat and Street Fighter are probably the two biggest fighting game franchises out there, but I would seriously be interested in titles from other franchises as well. How about a Tekken game? A DS take on the Super Smash Bros. series? Heck, they can even do a Soul Calibur game. I know that Nintendo can handle Soul Calibur, because they had Soul Calibur III on the GameCube… and that game had Link from Legend of Zelda!

To access a wider range of fighting games on the Nintendo DS, I could partake in an SNES emulator that can then be loaded on one of those DS homebrew carts, but that’s treading on legal gray areas and the performance isn’t quite there. Sigh.

Seriously, Nintendo. The DS (and the Wii, for that matter) need more fighting games. Maybe I just need to buy imports like Bleach DS.