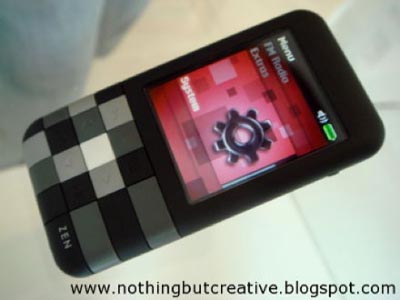 I’m not exactly sure what they were thinking when they created this latest personal media player, but the Creative Zen Krystal comes with a funky monochromatic grid pattern occupying the majority of its front face. I guess this was their attempt at being trendy and fashionable.

Aside from what almost looks like a test pattern, the Zen Krystal is a pretty standard PMP. It does the music and video thing on its small 1.8-inch color display, rounding out its features with FM radio and a voice recorder. The monochrome version is probably the classiest of the bunch, but you can also find the Mozaik in silver and pink variations as well.