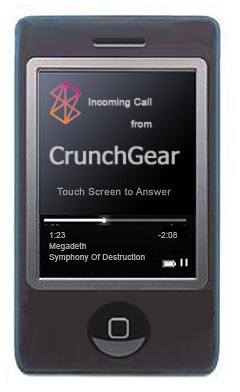 Seeing how Microsoft is already involved on the software side of things when it comes to smartphones, it wouldn’t take much for them to take the leap into hardware as well. Rumors have been circulating about a possible Zune Phone for some time and now some more “totally unconfirmed” news has risen to the surface about a possible music phone from Microsoft.

Probably designed to compete against the iPhone, just as the Zune competes against the iPod, the Zune Phone will be based on a “specialized variant of Windows Mobile 7.” Microsoft is already very familiar with smartphone software, powering the OS behind many popular handsets like those offered by HTC and Palm. With the pending arrival of WM7, they could make a big splash by releasing a Zune Phone at the same time.

Other details that were reportedly leaked include functionality that is centered around Windows Live Services and it will feature a touchscreen-based design. Whether the display is multi-touch remains to be seen. Bear in mind that these are just rumors, so we’ll just have to wait and see.