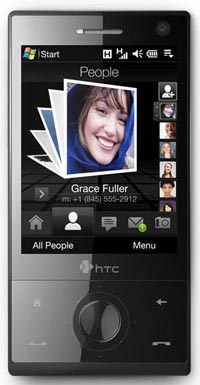 As appealing as the HTC Touch Diamond may be, it wouldn’t be living up to its full potential in a tri-band form. That’s why HTC has finally released a new Diamond ROM that “flips the switch on the dormant 850MHz GSM radio.”

You see, the HTC Touch Diamond has really been a quad-band GSM wonder this whole time. It just so happens that the ROM on the VGA touchscreen-equipped smartphone locked it down to those three frequencies. With the release of this new official ROM, the tri-band phone can now do the quad-band thing. The new ROM is also supposed to improve EDGE data functions and speed up the TouchFLO 3D user interface.

That’s the good news. The bad news is that the WCDMA end of things is still lacking in the 850/1900 MHz department, so you won’t be able to enjoy 3G data-surfing speeds on this wonderful phone while in North America. Stinker. You’ll just have to wait for the US-friendly version if you want to do the HSPA thing with AT&T or Rogers.