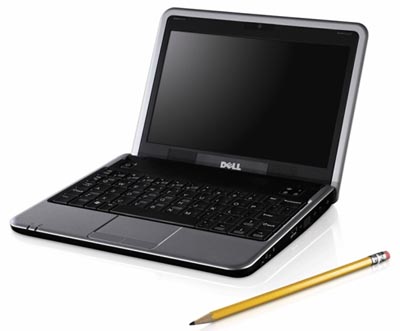 We’ll have to take this report with a grain of Brazilian salt, but a few details have emerged about Dell’s entry into the ultra-affordable compact notebook PC market. When we first heard about the mini-laptop from Dell, we assumed that it was called the Inspiron Mini. Later on, we were told that it was the Dell E. And now, we’re being told that it’s the Inspiron Mini again.

All these naming issues aside, it seems that the upcoming netbook from Dell will get equipped with the same 1.6GHz Atom processor as just about everyone else, as well as 1GB RAM, Intel 945 Express graphics, 8GB SSD, Wi-Fi, and a memory card reader. Zumo is saying that the display will be 1240×600, but a 1024×600 resolution is probably more likely.

We can’t verify the legitimacy of this report, but it’s saying that the Dell Inspiron Mini (or is it the Dell E?) will be ready in time for back to school next month. Prices start at a very reasonable $299.