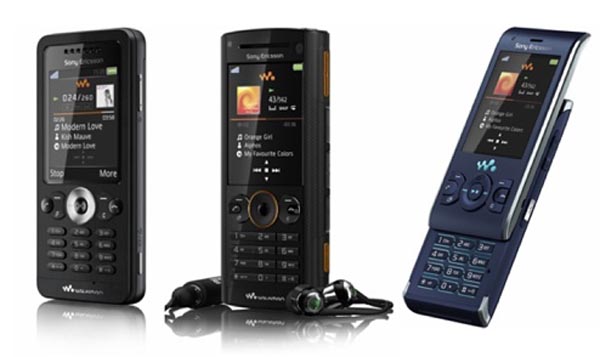 It’s a little hard to believe, but the Walkman line of mobile phones from Sony Ericsson has been around for three whole years already. To celebrate this triumphant milestone, Sony Ericsson has officially announced no fewer than three new Walkman phones.

Starting from the left, we have the Sony Ericsson W302. The musical candybar comes equipped with FM radio and a 2 megapixel camera. Given the model number, we can probably expect a rather affordable price point. In the center is the Sony Ericsson W902. This candybar is a decided step up from the W302, tossing in a 5 megapixel camera and super high sound quality for all the audiophiles in the audience. Last but not least, we have the W595 slider with built-in stereo speakers.

All three phones have shake controls and quad-band GSM. Look for them to hit retailers before the end of the year.