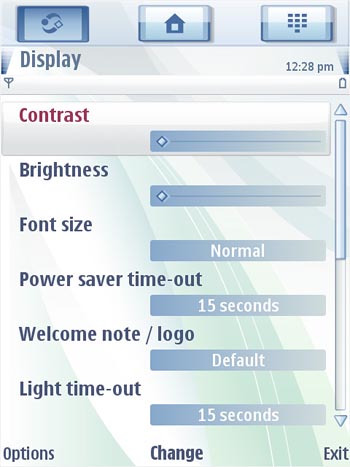 There’s no denying it. Touch is in. The Apple iPhone may not have been the first handheld to boast a touchscreen display — Palm Pilots have been doing it for years — but it was certainly one of the driving forces toward touchscreen popularity among the mass populace. HTC has the TouchFLO thing and other companies have similar user interfaces, so what will the Symbian S60 Touch UI bring to table?

Well, take a look for yourself. What you see here is one of the first screenshots of the S60 Touch UI. Set for implementation on select upcoming Nokia smartphones, S60 Touch is supposed to be intuitive and easy to use. Yes, these shots are from a PC-based theme editor, but at least they give you a good idea of what to expect.

I don’t know about you, but doesn’t this just look basically like the regular S60 UI, except with bigger, more finger-friendly buttons?