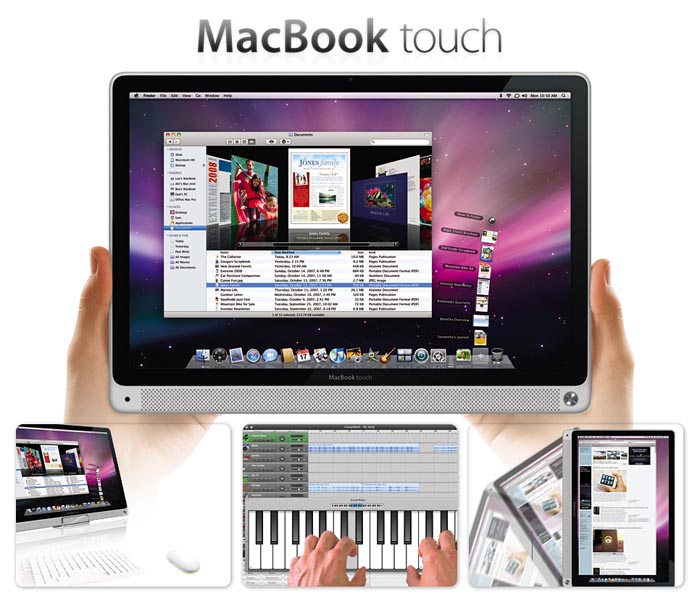 If you’ll cast Newton and ModBook aside for a moment, Apple fans have largely been deprived from the real tablet experience thus far. The end to that deprivation may be near, because there are rumors circulating about a MacBook touch that could hit retail as early as this October. In fact, the leaked statement says that it’ll be available by October “at the latest.”

Nothing has been confirmed by Cupertino, of course, but they say that this portable computer will get a display similar to the MacBook, except it will be Multi-Touch. The display might be a bit smaller than the 13.3-inches offered on the current MacBook and it will be in glass like the iPhone. Other mentioned features include a gesture library, full Mac OS X, possible haptic technology from Immersion, slot-loading SuperDrive, accelerometer, and GPS.

The best part is that Apple will be able to produce these things cheaply from the get-go, resulting in a “low price that will reduce margins.” The net result? A super affordable Mac Tablet.