Some people may appreciate the relative portability of some like the Apple iPhone 3G. Other people may like the slightly larger display offered on subnotebooks like the Asus Eee PC. In both instances, the price of admission can be a little too high for certain individuals. After all, something like the MSI Wind costs $500… and it only offers two hours of battery life.

Tired of waiting for the industry to do something about it, Michael Arrington of TechCrunch has taken it upon himself to build a $200 web tablet. It won’t be nearly as powerful as a Flybook or a Dell Latitude XT, but it’ll be enough for you to simply surf the web on the go. No hassle, no fuss, and no breaking the bank in doing so.

Arrington is calling out to the Internet community for help and guidance. At its core, Arrington would be looking at something with Linux, Firefox, Skype, on-screen keyboard, touchscreen, webcam, mic, low-end speakers, headphone jack, and a single button for power. He’s also looking at WiFi, USB, half a gig of RAM, and a 4GB SSD. What do you think? Can it be done? 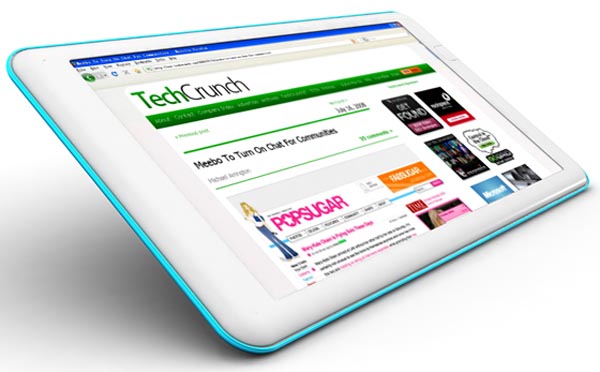