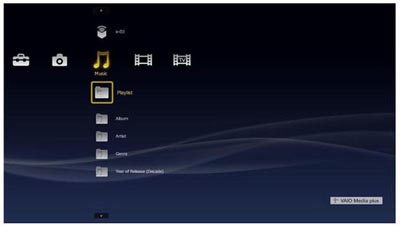 It seems that Sony is trying to present the world with a relatively unified front, sending the XMB navigation bar from the PS3 over to its Vaio FW series notebooks.

Before the PS3 was launched, we were given a very similar interface on the PSP. It is only now that the XMB, or Xross Media Bar, is jumping into the laptop market.

The Xross Media Bar, in some form, has already been implemented in select Bravia TVs and Cybershot cameras, so it would only make sense to include the navigational menu in their laptops as well. It could only be a matter of time before the XMB makes its way into mobile phones. You know, like the upcoming PSP Phone.