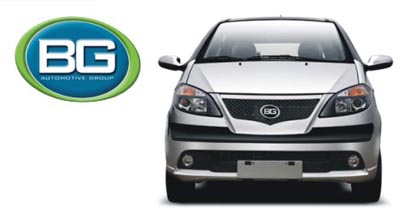 It can be pretty upsetting when you keep on an eye on the ever-rising price at the pump. People are looking to alternatives to save a few dollars, but some of these emerging technologies are either not available or they’re too expensive. At least one guy is working to rectify this.

Barry D. Bernstein is a steel wholesaler from Philadelphia has founded the BG Automotive Group and the sole purpose of this group is build an affordable electric car. The goal is to have the first set of cars roll off the production line and into the streets as early as this October. They’re not going to sell a lot — sales goals have been set at 4,000 units — but it could represent a monumental step in the right direction.

Don’t expect to take a BG electric car out on the highway, because these affordable commuters are designed as “neighborhood” vehicles that reach a top speed of 25mph. That’s less than the top speed on a 49cc scooter. Look for the BG cars to sell for about $16,000 with a variety of battery options like lead-sulfate, lead-silicon, nickel hydride, and lithium ion.

Highway-ready cars are being planned for 2009, in case those golf carts don’t cut the mustard for you.