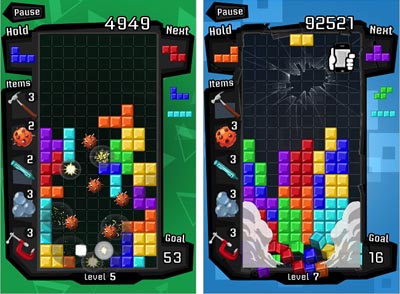 When the App Store launched late last week, Electronic Arts jumped into the iPhone gaming market with a trio of puzzle-based offerings. Sure, you could buy Scrabble or Sudoku, but there really is no puzzle game that is quite as appealing as Tetris, right?

It turns out that the Tetris iPhone game developed by EA is not all its cracked up to be. It certainly doesn’t help matters that the game costs a somewhat hefty $9.99, especially since there are so many free Tetris clones out there already. I play a game called Kevtris on my Windows Mobile smartphone and it works just fine.

You see, aside from pricing issues, the problem with EA’s iPhone Tetris, according to John Herman of Gizmodo, is that it is “overdone.” EA “loaded this port up with so much crap that it sometimes doesn’t even run.” The touch interface seems fine and it’s intuitive enough, but all the extras are just distracting.