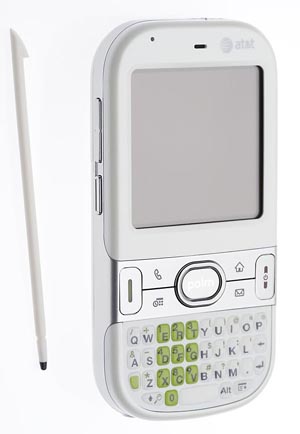 While there may be a new touchscreen phone in their lineup getting all the attention these days, AT&T doesn’t want you to forget about their cheaper alternative as well. After all, this thing has a QWERTY keyboard to go with its (smaller) touchscreen display.

The Palm Centro is now available through AT&T for the bargain basement price of $69.99, representing a $30 savings over the original launch price of $99.99. No, it won’t sync with iTunes and it doesn’t do the multi-touch thing, but the Centro is perfectly capable of handling most of your everyday concerns like keeping track of a grocery list and managing those SMS conversations. It features “several multimedia enhancements” as well.

To accompany the drop in price, AT&T has also announced that there is a new Electric Blue version of the Palm Centro as well, in case the white and green version shown here is a little too Mac for your tastes.