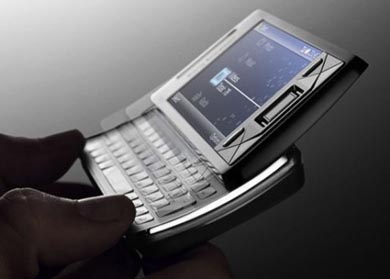 As you have surely noticed by now, mobile phones are a lot more than simple voice communication devices. Gone are the days where you’d only use your cell phone to chat up a friend with actual talking, but as the industry moves ever closer to ultimate Swiss Army knife status, we’ve got to wonder what other features could possibly be added to the mobile phone.

What Phones Are Already Doing

Before we consider what future phones may be capable of doing, let’s take a quick look at what existing phones can already do. After all, if you don’t know where you are, how can you know where you are heading.

In terms of communication, you have a lot of options beyond the standard voice call. Text messages are incredibly popular, because people can send these in utter silence and near secrecy. It’s also very handy when you need to inform several people of the same thing, like the change of venue for tonight’s party. A mass SMS is certainly easier than calling each person individually. Beyond text messages, there are also picture and video messages, instant messaging, mobile emails, mobile Twitter and more. We are more connected than ever.

Multimedia has gone through an ever faster evolution. It wasn’t all that long after MP3 players were introduced to the market that companies like Sony Ericsson started making MP3-playing cell phones. In the beginning, people were restricted to MP3 ringtones, but as storage got cheaper, music phones became even more popular. Along the way, we’ve also been introduced to FM radios, mobile video, and more. And let’s not forget about cameras with video recording too.

Getting into productivity, devices like the Palm Treo, BlackBerry, and Windows Mobile-powered handhelds have merged the realm of cell phones with the area once occupied by PDAs. Keep track of your schedule, manage your tasks, edit Word documents and more. Mobile web, including full HTML and YouTube streaming, is getting pretty popular too.

While a good number of the features mentioned above have gone mainstream, there are tons of other features are either on the bleeding edge of technology or quickly gaining in popularity. You need to look no further than nations like Korea and Japan for inspiration. There are some great things happening in Europe and the rest of the world too.

One of the coolest emerging trends that I have seen is fully functional GPS navigation. Certain phones like the Apple iPhone 3G, have some navigation capabilities, but they are not going to replace the standalone portable navigation devices that populate our windshields and dashboards. Some phones, like the Garmin nuvifone, are meant to totally replace those standalone units.

While it hasn’t really caught on around these parts, mobile phones are starting to replace wallets as well. You can buy stuff online from your phone, sure, but your handset can also be used as a tap-and-go credit card of sorts. Based on RFID technology, these mobile payment solutions can be a lot safer than carrying around a wad of cash.

Mobile TV is gaining in popularity as well. Uploading videos to your phone is one thing, but live television is just so much better. We don’t have 1Seg in Canada and the United States, but it’s almost a way of life in Seoul and Tokyo. With a small antenna sprouting out the side, people can enjoy live television just like they would at home… just on a smaller screen.

Mobile gaming is a lot better too. Gone are the days where you were restricted to just two-dimensional Snake. From Metal Gear to Bioshock, NFL to speed racing, mobile phones are able to do some pretty crazy gaming. They’re not quite up to snuff with the Nintendo DS and Sony PSP, but I’d say that they’re more powerful than something like the Game Boy Advance.

Seeing how much cell phones can already do, it’s a little hard to imagine what else they can do. As with all areas of technology, however, there is always room for expansion and improvement.

For starters, I think that having a proper keyboard will go a long way in improving the user experience. Mobile phones are almost like little laptops already, so it wouldn’t be a stretch to have phones almost replace notebooks altogether. In this way, I wouldn’t be surprised if those conceptual products featuring projectors and projected virtual keyboards start to build a little steam.

Live streaming media is already going from the Internet to the cell phone, so it won’t be long before the other direction starts to get popular too. There are already some services out there that allow you to do this and since so many people are blogging, podcasting, and lifecasting these days, doing it through a phone would ease and expand the process too.

Naturally, everything else on the cell phone is going to get better too. The cameras will get more powerful, the videos will improve in quality, and the wireless Internet experience will more closely mimic the web you see at home. It won’t be long before mobile phones can do the Minority Report thing… wouldn’t that be cool?