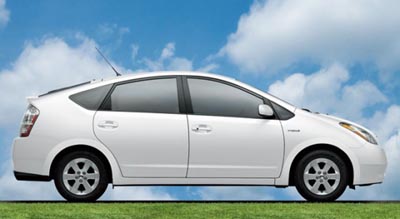 With the rapidly rising cost of fuel, just driving a hybrid may not be enough to alleviate the burden on your wallet anymore. Going just a little greener is Toyota, because word is that the Japanese automaker will start selling a version of the Prius hybrid equipped with solar panels starting next year.

This has not yet been confirmed by Toyota itself, but the news does come from the Nikkei, a respected business paper in Japan. The next-generation Toyota Prius, which may or may not feature a complete redesign, will be offered with solar panels lining the roof. These panels will be sourced from Kyocera and they will provide some power to the air conditioning system.

No, the solar panels won’t drive the wheels, but they could improve fuel economy by taking care of secondary needs like air conditioning. No word on whether the solar Prius will be sold outside of Japan.