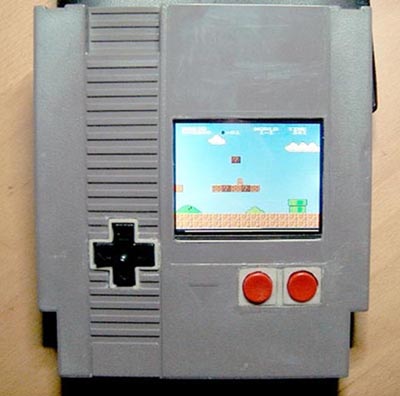 What will they think of next? A member of the BenHeck forums has taken it upon himself to shove all the internals needed to run full-blown NES games into the tiny confines of a classic NES cartridge. If the system is the cartridge, where do you insert the games?

Well, you don’t need to insert any games, because this “enterprising individual” has shoehorned no fewer than 99 games into this single cartridge. I think that most of us have enjoyed one of these multi-game packs in the past, but I don’t think any of us have actually played those titles on the cartridge itself.

Power comes by way of three N-cell batteries, which are commonly found in certain scientific calculators. The start and select buttons are hidden on either side of the bottom notched portion. If this is the trend, would it be possible for someone to shove 99 games into a DS cartridge at some point in the future?