When you are driving around in your own city, you are probably pretty familiar with the speed limits along the major roads and highways. Get a little outside of your hometown, however, and you may not be quite as familiar. By keeping up with the flow of traffic, you may be speeding excessively or you may be going too slow. It’s pretty easy to miss those rare speed limit signs.

Britain’s Vauxhall Motors has come up with an interesting solution. Their cars will be outfitted with a front-mounted camera and this camera is meant to read the speed limits sides flanking the side of the road. The camera, which is more like a camcorder with its 30fps shooting rate, recognizes the numbers on these signs and displays the speed limit on your dash.

There are already GPS units out there that have speed limits pre-programmed into them, but they can easily get outdated and they will not be familiar with work zones where speed limits may be reduced. Vauxhall may be on to something here. 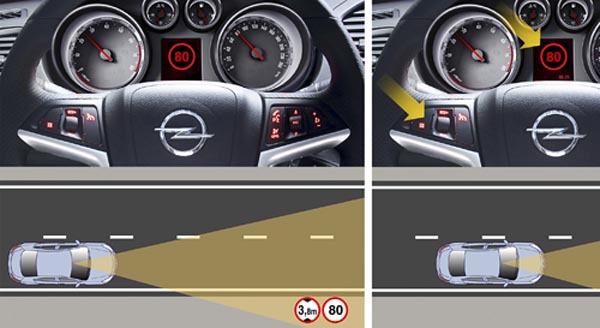