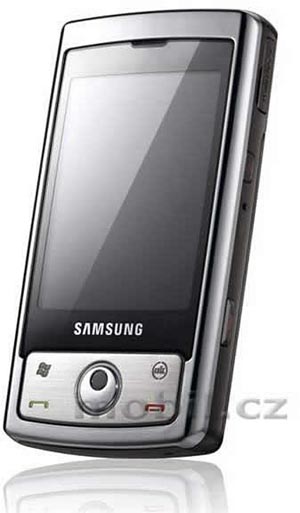 While a boatload of attention is being paid to the iPhone 3G and the HTC Touch Diamond, there is another line of touchscreen smartphones out there that may warrant some of that attention as well. Following up on the i710 is the rumored Samsung SGH-i740 Windows Mobile smartphone. Like its predecessor, the i740 also has a huge touchscreen as its primary interface.

The Samsung i740 runs on Windows Mobile 6.1 and gets powered by a 624 MHz processor. Other specs on this classy business phone include a 2.8-inch QVGA touchscreen, 3 megapixel camera, integrated GPS, FM radio, and quad-band GSM/GPRS. Interestingly, there is no mention of EDGE, 3G, or Wi-Fi, so folks who require the higher speed standards are pretty much out of luck.

In this way, you can probably expect the Samsung SGH-i740 to be priced more affordably than some of its counterparts. It could represent one of Samsung’s first truly entry-level smartphones.