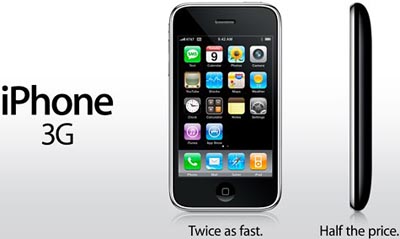 AT&T has announced the portfolio of plans that they will be offering to owners of the upcoming Apple iPhone 3G and they have also announced that you can buy the new phone without a contract. That’s right, folks. A service agreement with AT&T is optional. A “no contract” iPhone 3G costs $599 and $699, depending if you want the 8GB or 16GB model.