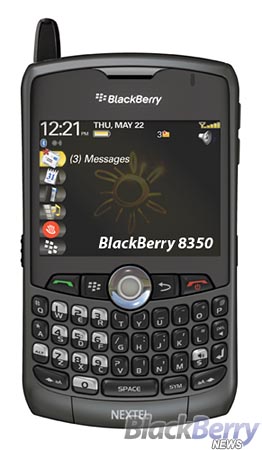 Despite what that stubby antenna may lead you to believe, this is not the latest Palm Treo. Instead, Research in Motion — in its infinite wisdom — has decided to concoct an iDEN version of its popular BlackBerry Curve. I can’t be the only one who thinks the iDEN antenna is one ugly addition.

Unless the transition was remarkably simple and easy, I’m not really understanding the rationale for this development. I figured that iDEN technology was not nearly as popular as it used to be, but I guess there is still enough of an industrial and enterprise demand for the PTT-focused technology for Research in Motion to care.

In any case, the BlackBerry 8350, as it will come to be known, is virtually identical to its non-iDEN Curve counterparts. It gets Wi-Fi and a slightly more rugged exterior though.