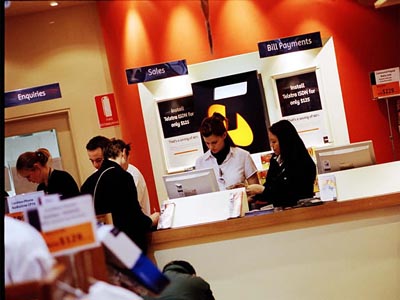 You can go ahead and add Australia to the long list of countries getting their hands on the iPhone 3G on July 11th, because Apple has officially inked a deal with Telstra to make it happen. As with everywhere else in the world, Australia’s Telstra has put together some “special” plans that have been designed specifically for the needs of iPhone 3G owners.

Pricing for Aussies is a little higher than in Canada and the United States. If you opt for the $30 Next G iPhone 3G plan, you will have to fork over $279 for the 8GB iPhone 3G or $399 for the 16GB model. This is about $100 more than how much AT&T and Rogers Wireless will be charging for the iPhone. That said, there is an opportunity to spend less… by spending more.

If you sign up for the $80 plan, then Telstra will provide you with an 8GB iPhone 3G for free. Jump up to the $100 plan and they’ll be willing to give you the 16GB iPhone 3G for no additional cost. All plans come with free Wi-Fi access at Telstra hotspots and, yes, there’s a 2-year contract involved.