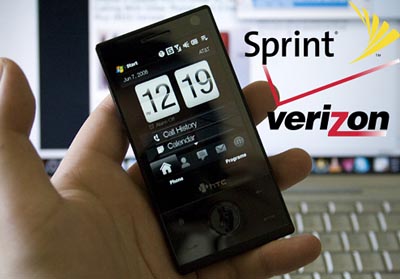 Generally speaking, CDMA users are left out in the cold when it comes to new phones that are also being released in GSM flavors. It took quite some time for Research in Motion to make a CDMA Pearl and a CDMA RAZR didn’t come from Motorola until well after the GSM version was released. HTC is feeling the pain of the CDMA faithful, it seems.

Word is that both the HTC Touch Diamond and the HTC Touch Pro (also known as the QWERTY-packing HTC Raphael) are both coming to the United States in CDMA form. The current rumors point toward possible launches with both Sprint and Verizon. If this holds true, then it is also likely that Canadians could get some HTC love through Bell or Telus.

Interestingly, the Verizon and Sprint versions may not carry HTC branding. According to Phone Arena, the Touch Diamond and Touch Pro could be re-branded as UTStarcom phones. Personally, I think they’d sell better as HTC smartphones.