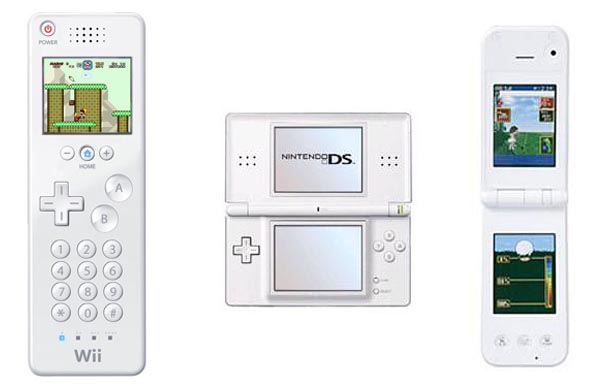 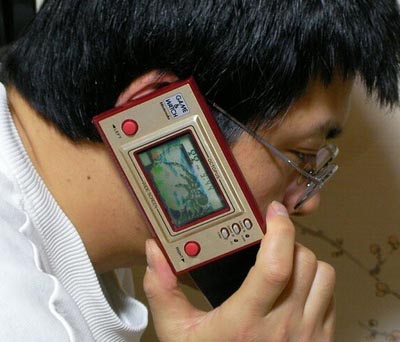 Let me preface this by saying that I am a Nintendo fanboy. I’ve stuck by the side of Shigeru Miyamoto for many years, having proudly owned everything from the original Nintendo Entertainment System and puke green-screened Game Boy right up to the current DS Lite and wave-tastic Wii. Even so, given the amazing success that Nintendo has been enjoying these past couple of years, I find it a little surprising that it hasn’t expressed even the least bit of interest in entering the mobile phone market.

The Interest for a Nintendo Cell Phone is There

When it comes to homebrew applications, you may have noticed that some of the more popular projects are those that surround emulating classic Nintendo video games. The Motorola Q, for example, has an unofficial NES emulator, allowing you enjoy something like Super Mario Bros. 3. There are even unofficial phones that come with pre-installed emulators for all your mobile gaming needs.

In this way, I think it’s fair to say that people are at least a little interested in having an official Nintendo cell phone that can also play Nintendo video games. The DS Lite is incredibly popular, not just among the younger kids in the audience, but also hot country stars and just about everyone else. I still play Tetris DS and Mario Kart DS on a regular basis.

Nintendo knows a thing or two about creating attractive-looking devices. The original DS Phat may have been a little clunky, but look at what they achieved with the DS Lite. The shiny Wii is pretty easy on the eyes as well. It wouldn’t take much for them to get a cell phone design that is “inspired” by either of these existing product lines.

If the iPhone Can Game, Then…

Apple dominates the MP3 player market with its iPod line of devices and it’s pretty clear that Cupertino is doing just fine with the iPhone. They had no problem adding cell phone functionality into the picture, as well as a mobile web browser and an embedded camera. The multitouch display and slick user interface aren’t anything to sneeze at either.

With the pending release of the iPhone 2.0 firmware, along with the launch of the AppStore, we could be faced with a fantastic mobile gaming device from Apple that can also make phone calls. We’ve already seen great puzzle games like Trism and there’s even word that Bioshock is coming to the iPhone. Apple’s mobile phone is pretty powerful, and as such, it could prove to be a formidable competitor to the DS Lite and the PSP.

If this is the case, I can’t see any reason why Nintendo can’t go in the equal, but opposite direction. Take an existing mobile gaming machine — like the DS Lite — and expand its functionality into the realm of cellular phones. Some people have already used the Wi-Fi connection to get VoIP going on the DS, so why can’t it do cellular too? Better still, the DS Lite doesn’t have vision problems.

Exploit My Need for Nostalgia

Nintendo already knows that they can take advantage of my undying need for nostalgia. I may complain about the lack of originality in sequels, yet I can’t help but buy the latest version of Mario Bros, Mario Kart, The Legend of Zelda, Smash Bros., and other classic franchises that keep getting updated and refreshed. Realistically, Mario Kart Wii isn’t all that different from the original Super Mario Bros. or the marginally newer Mario Kart 64.

And let’s not forget about the Wii Virtual Console. That place is absolutely filled with nostalgia, getting me to enjoy retro Genesis games, timeless Neo-Geo classics, and — of course — NES titles too. Wouldn’t it be nice if Virtual Console titles came with a Nintendo phone counterpart for a small premium? The game can then be transferred via Wi-Fi.

It may or may not happen. We’re still watiting for a real PSP phone and the possibility of an Xbox phone still appears to be a pipe dream. Video game makers just aren’t as motivated, I guess, to do the mobile phone thing. If Nintendo does follow through, and if it does so soon, I would like to see the following features:

I’m not asking for much. I just want to see it happen.