While it may not be able to steal the thunder away from the iPhone 3G, Nokia is still shooting for the stars with the latest announcement of no fewer than four brand new mobile phones. The Nokia SuperNova Series is comprised of two candybars, a clamshell, and a slider, effectively tackling all three of the major cell phone form factors. They just need a large touchscreen to tackle the iPhone, LG Vu, and Samsung Instinct.

The Supernova Series from Nokia is being targeted squarely at the fashion-conscious end of the market. The phones will allow consumers to “express thir personal styles on a number of levels.” There are exchangeable covers and glimmering lights, for example.

The Nokia 7210 and 7310 are the candybars, the former of which has an extremely slim profile not unlike the Motorola SLVR line. The Nokia 7610 Supernova is the glimmery slider and it comes with a Theme Colorizer feature for custom key illumination and wallpaper. Last but not least is the Nokia 7510 Supernova with its enhanced MP3 player and “magical” light effects. 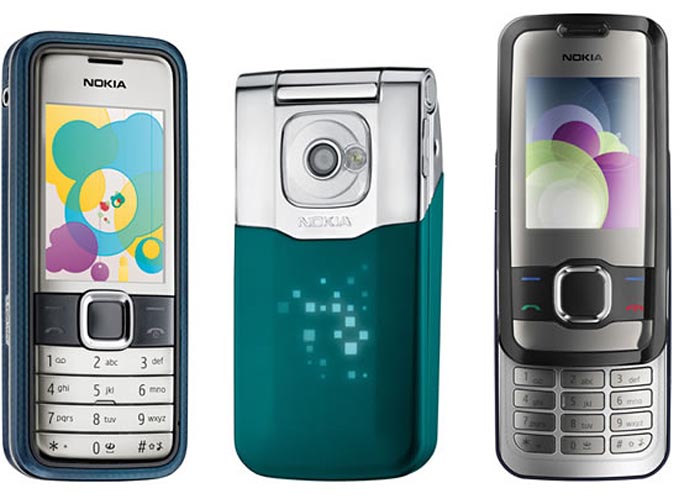