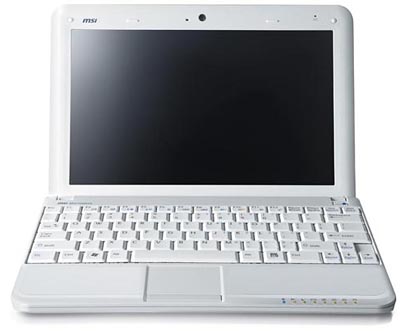 On paper, the MSI Wind could be superior to its counterparts from Asus, but until the bloody thing gets released, we can’t say for sure whether it’ll hold up to the Eee juggernaut. After already suffered through a delay related to battery shortages, the MSI Wind has been delayed again. This time, the release date has been pushed back to July 7.

Earlier this month, we were told that the MSI Wind would be ready by June 27th. That’s today. On the day that we were finally going to get our hands on the 10-inch affordable netbook, MSI says that they’re not ready to go primetime just yet. Once again, the issue is related to the battery.

Last time, MSI said that they ran out of six-cell batteries, so they were going to downgrade to three-cell batteries instead. This downgrade is still not enough to reach the release target, I guess. The MSI rep did say that anyone who preordered the Wind will be upgraded to free overnight shipping. That’s your silver lining.