We were teased with so-called leaked memos, telling us that there would be unlimited data for $30. It was understandable that you needed to pair with this a qualifying voice plan, but we were given the impression that good times were coming. Today’s announcement is a step in the right direction, but at the same time, it’s also one big slap in the face.

The official voice and data plans for the iPhone 3G have been announced by Rogers Wireless and it seems that you won’t be buying your voice and data separately. Instead, the suits at Rogers have concocted some pre-configured plans that give you a little bit of both. When I say a little bit, I mean it. There are four iPhone 3G plans in all. Check them out.

The Voice and Data Plans

$60 Voice/Data Gives you…
150 daytime + Unlimited Evenings/Weekends (are you for real?!)
400MB data
75 Sent text messages
Unlimited incoming text messages (this has always been the case, advertising it makes it seems special)
Unlimited Voicemail (those capped voicemails inboxes are gone forever…)

The Extras and Value Packs

You’ll notice that none of these plans come with Caller ID, nor do the smaller plans come with all that many text messages. To get in on either of these important functions, you’ll need to tack on one of two new value packs. 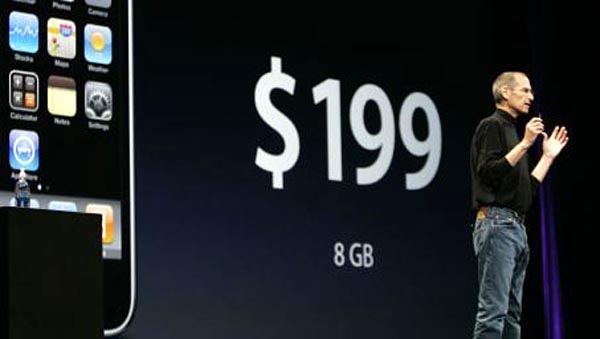 As sad as it may sound, these less than stellar plans are more or less in line with what my pessimism was leading me to believe. I had a burning feeling in my stomach that $30 for unlimited data was too good to be true and that’s a big reason why I’m not buying an iPhone 3G. I didn’t want to be forced into a pricier plan than what I needed and the iPhone is one of very few handsets that forces you in a certain pricing structure. What if someone wanted to get an iPhone sans data? What if someone was willing to pay full retail on the phone and go prepaid? These simply are not options.

I tried to remain hopeful about the unlimited data. After all, Canadians can just as easily hop over to a CDMA provider like Telus and get all sorts of smartphone action for a lot less money. At the same time, you have to realize that Rogers has an absolute stranglehold on the GSM end of the cellular game in Canada and it certainly doesn’t help that they’re about to get an exclusive deal on the hottest phone of the year. Canadians want the iPhone pretty bady, so you can’t exactly blame Rogers and Apple for taking advantage of the situation.

The Bright Side of Things

There are going to be a lot of disappointed people out there this morning. Rogers says that the 400MB included in the cheapest plan will be enough for up to 200,000 text emails or 3,100 web pages or 1,360 photo attachments, but as you can imagine, a short blip on YouTube or the viewing of a media-heavy website will tear through that 400MB in no time at all. It comes down to about 13MB a day. That’s not very much at all.

At the same time, getting 400MB included in a $60 plan with Rogers (or Fido) is a quantum leap in the right direction. Prior to today’s announcement, it would cost you $25 to get a mere 4MB of data. You’d still have to tack on a voice plan of some sort on top of the $25. Even from the retentions department, it cost you $65 to get 1GB of data… though that option for gray market phones has since been nixed. Even if it was still available, that means that the $100 iPhone plan is effectively giving you the 600 daytime minutes, unlimited evenings and weekends, 200 sent text messages, and voicemail for $35. That’s not too bad.

In The End, It Doesn’t Really Matter

That said, these plans are bound to the iPhone 3G, not unlike the $7 unlimited mobile browsing that you can get on non-smartphones from Rogers and Fido. Today’s announcement is certainly a mixed bag, because while there is a glimmer of hope, most optimists had their hopes crushed. Not that it matters. The iPhone 3G is still going to sell like hotcakes in Canada, just as it is going to do so in the rest of the world. It’s got a great user interface and comes with a few nifty new features that the old iPhone did not have. Too bad the plans are so expensive.

I guess we’ll just have to wait and see what comes out of the ongoing spectrum auction. A new player in the Canadian GSM market could mean a world of difference. Then again, I could get my hopes crushed again.