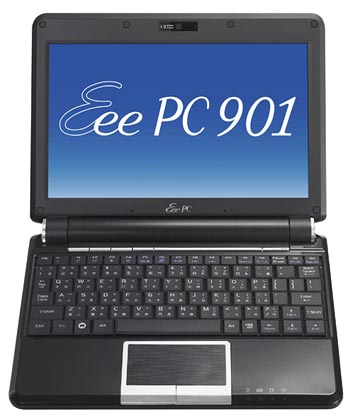 Although some pre-production engineering models have miraculously found their way onto the streets of Taipei and into the hands of certain hardware editors, the official release of the Asus Eee PC 901 and the Eee PC 1000 has not yet occurred. We’re still waiting on word straight from Asus, but Liliputing has caught word of an American launch date for the Atom-powered subnotebooks.

We’ll take this report with a grain of salt, but Liliputing is saying that one of their readers got an “extremely confident” quote from the Asus pre-sales department pointing toward a US launch date of July 8. This is for both the 8.9-inch Eee PC 901 and the 10-inch Eee PC 1000. Presumably, the 1000H would also launch on the same date.

July 8 is less than two weeks away, just in time for you to bring your hot new netbook along for a bike ride up a mountain.