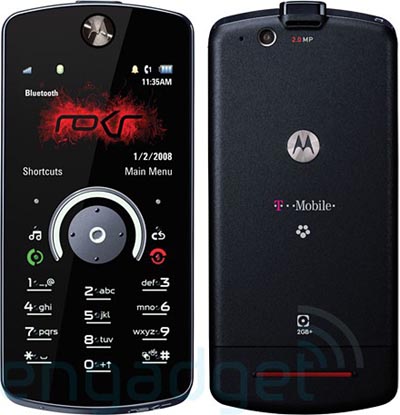 It was quite some time ago that I got to review the Motorola MOTOROKR E8. That was way back in January at the Consumer Electronics Show in Las Vegas, so it’s a little surprising that it has taken this long for the phone to make an official debut on our shores. Better late than never, I suppose.

The MOTOROKR E8 from Motorola has finally received a release date from T-Mobile USA. You will be able to enjoy the mighty morphing keypad with haptic feedback starting on July 7, 2008. That’s less than two weeks away. Naturally, the most notable feature is the ModeShift technology powering the task-specific keypad. It switches from a numeric keypad to music controls to camera controls based on the situation at hand.