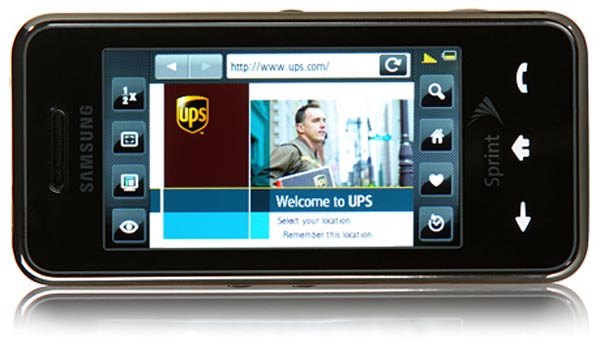 Sprint has been working very hard at promoting the iPhone-killing Samsung Instinct and it seems that these efforts are totally coming to fruition. According to the press release, the Samsung Instinct is the fastest-selling EVDO-equipped phone in the history of Sprint. We’re not exactly sure how impressive that figure is, because Sprint has neglected to include any exact sales figures.

Is it that the Samsung Instinct is ridiculously popular or is it that every other EVDO phone to date has posted deplorable numbers. Chances are, the sales figures for the Samsung Instinct fit somewhere in between, because many Sprint locations have run out of stock. The Instinct is, after all, probably one of the most feature-packed phones that Sprint has had thus far.

“The strong early response tells us that wireless customers recognize Instinct as a highly-innovative and convenient touch-screen device combined with the fast speeds available on the largest national mobile broadband network,” said Sprint Wireless Division President John Garcia. “In the first few days of availability, many Instinct devices were purchased by existing customers upgrading their wireless device – we thank our customers for their endorsement of this device, our Simply Everything pricing plan and our company.”