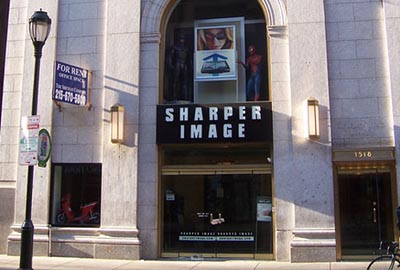 Gadgets, as useless as they may be, are a source of great joy and novelty. It may not be particularly functional to have a laser pointer that also doubles as a pocket air ionizer, but this handy little device can easily become a focal point of conversation. With that in mind, it was sad to see the death of Sharper Image earlier this year. Where, oh where, would I get my massage chair now?

If you’ve been itching to get your hands on more useless gadgetry, but don’t know where to turn, we’ve got some good news for you. The Wall Street Journal is reporting that Sharper Image will be brought back to life, but not in the way that you may be expecting. Instead of having any physical stores of its own, Sharper Image will rise from the dead as a virtual brand. It’ll serve as “a name that retailers can rent to drive up the sales of any number of useless, overpriced gadgets.”

Chalk this one up in the rumor mill for now, but there’s word that Target and Best Buy could be getting in on the Sharper Image action. This means that in addition to video game consoles and digital cameras, Best Buy could have devoted Sharper Image sections for ionic air purifiers and grilled cheese sandwich-makers too.