With the notable exception of the Pearl line, the vast majority of BlackBerry devices are a fair bit bigger than regular cell phones. When we first caught wind that Research in Motion would be making its first flip phone, we had our reservations. Was it going to be a giant monstrosity or a beauty of a clamshell?

In the picture provided here, you can see the upcoming BlackBerry KickStart flanked on either side by the highly anticipated BlackBerry Bold. As you can see, the SureType keyboard seems to be a pretty good size, probably measuring about the same as the Pearl. The display is smaller, of course, but that’s the nature of a clamshell of this kind.

It’s a little hard to tell from the photo, but it seems like the BlackBerry KickStart is going to be pretty thick. The KickStart most certainly is no RAZR. More pictures can be found at Berryshack. 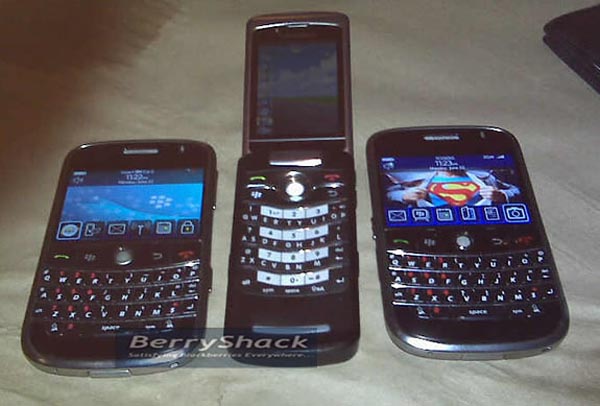