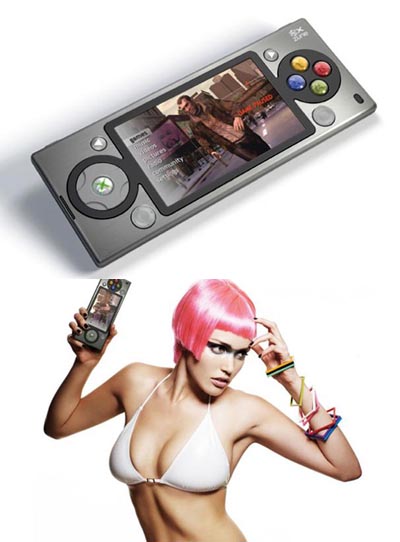 Nintendo has its DS and Sony has its PSP, but Microsoft has yet to truly enter the portable gaming market with a handheld of its own. As such, we turn to the random designers on the Internet to see what kind of contraptions they can come up with and what you see here is one of the latest.

One visionary envisions the Microsoft portable as fitting somewhere between the current Microsoft Zune portable media player and some version of a portable Xbox. He’s not quite done with just music and games, however, because he feels that this killer device should also contain mobile phone functionality.

Taking that all into account, wouldn’t that just create something like the iPhone 3G? Is Microsoft one step behind yet again?